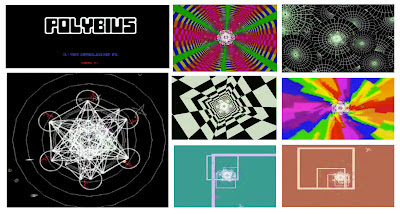 I had heard about the Polybius urban legend for years: The video game that caused you to go insane if you played it and was some sort of government mind control experiment in the early 80's. (Here's the Snopes dismissal of the game as a hoax, and pretty good summations of the conspiracy theory surrounding the thing via Cracked.com and Know Your Meme)  It was even referenced on an episode of The Simpsons.

Well, there's some amazing (and consistent) hoax(?) emulations of Polybius that have surfaced on You Tube within the last few years:

The first one I encountered takes you through all the levels of gameplay in about 9 minutes. The next one slows down all the subliminal messages so you can clearly see them. I watched them both and this is my opinion:

If it is a hoax, obvious love and care was attached with making it seem as realistic (and trippy) as possible. (DON'T WATCH THESE THINGS IF YOU'RE EPILEPTIC!)

The other fascinating videos I found are ones that take you through the "Higher Functions Option" menus of the game! (Here's another one and Another one) 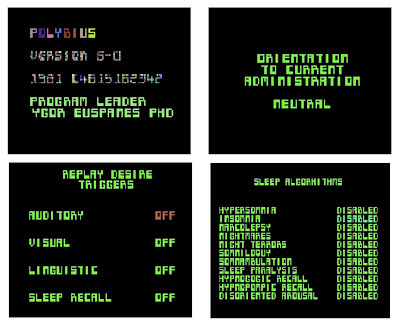